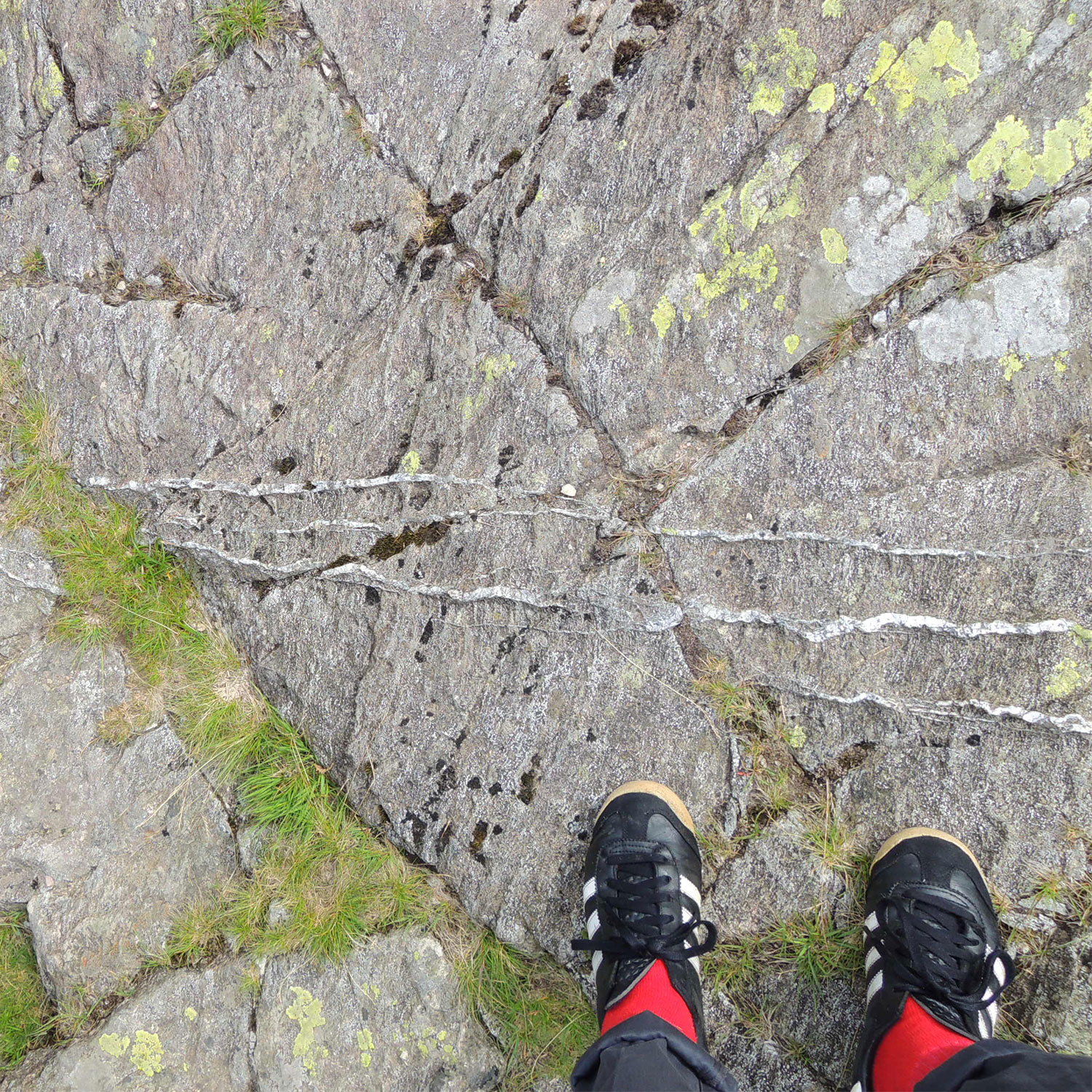 "A spiritual home and an early wrong turn. Off course, of course. Skills on test. DofE and an OAP. Carrier bags and brogues. Alright mate? Soldiering on to another false summit. Summat to look at for sure. Boulders weathered and knees weak. Certainly flagging. Only physical though. Spirits are high. Momentum kicks in, as does the view. Our kingdom has finally come. What a result. Still only halfway but we’re a glass half full. Less is more. We reached the top and we had to stop. Fear. Admiration. Inspiration. There, for those who seek it." 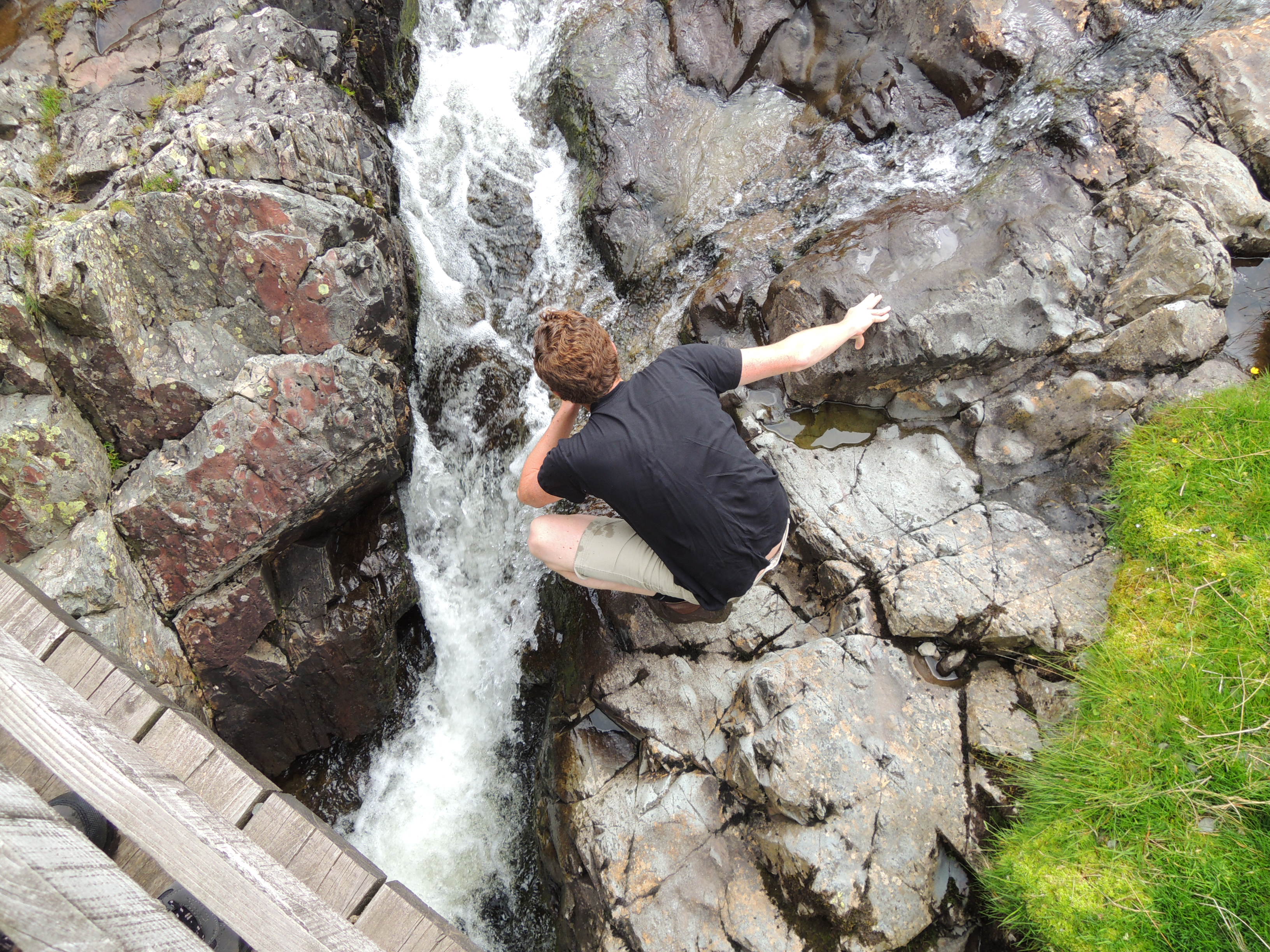 "The Scafell Sofa is our interpretation of the Lake District, bringing a little piece of England to the commercial landscape."

Pitched to the team as the ‘spiritual home’ of Deadgood, we were promised a glimpse of beauty like no other. A journey which should have lasted six hours took us just shy of ten. An early wrong turn set us off course and as the Duke of Edinburgh kids strolled past us with ease and a suited gent in brogues put us all to shame making his way down the hill before us, we soldiered on to the top of the mountain. At around the five hour mark, we were weak and certainly flagging and the infamous nemesis of the mountain top reared it’s outlandish head.

The boulder field on the approach to the summit was one of the more treacherous parts. The boulders jutted out like ill formed teeth covered in moss and weathered from centuries of exposure to the elements. We ambled across the rocks, balancing and jumping from one to the next, picking up momentum as we went along. Through words of encouragement, we all clambered up to the peak and took in the views of the kingdom before making our way back down for the return journey, passing through the boulders for a second time but this time with a little less fear and a new found appreciation for their beauty. The fear turning to admiration and then admiration in to inspiration. 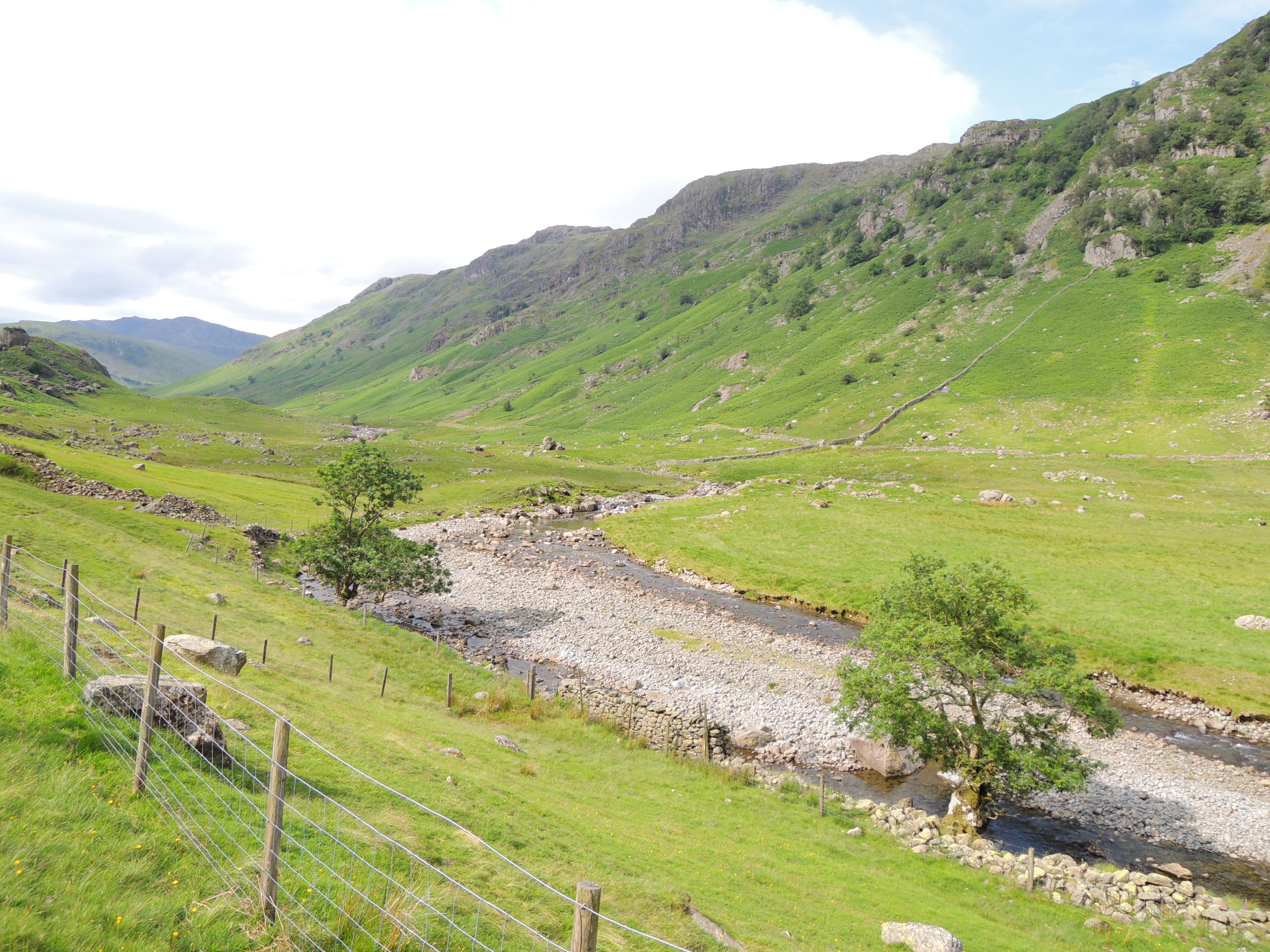 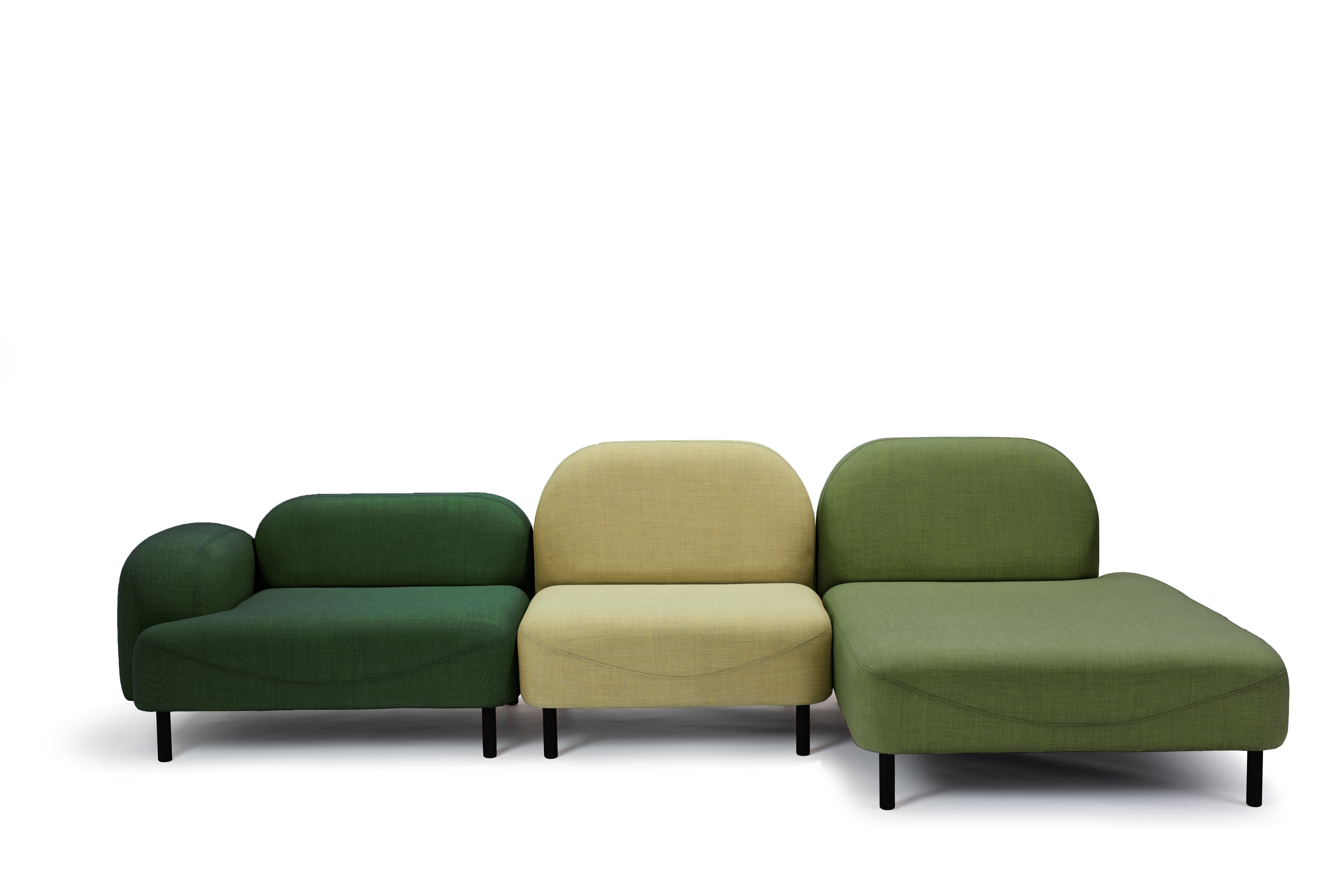 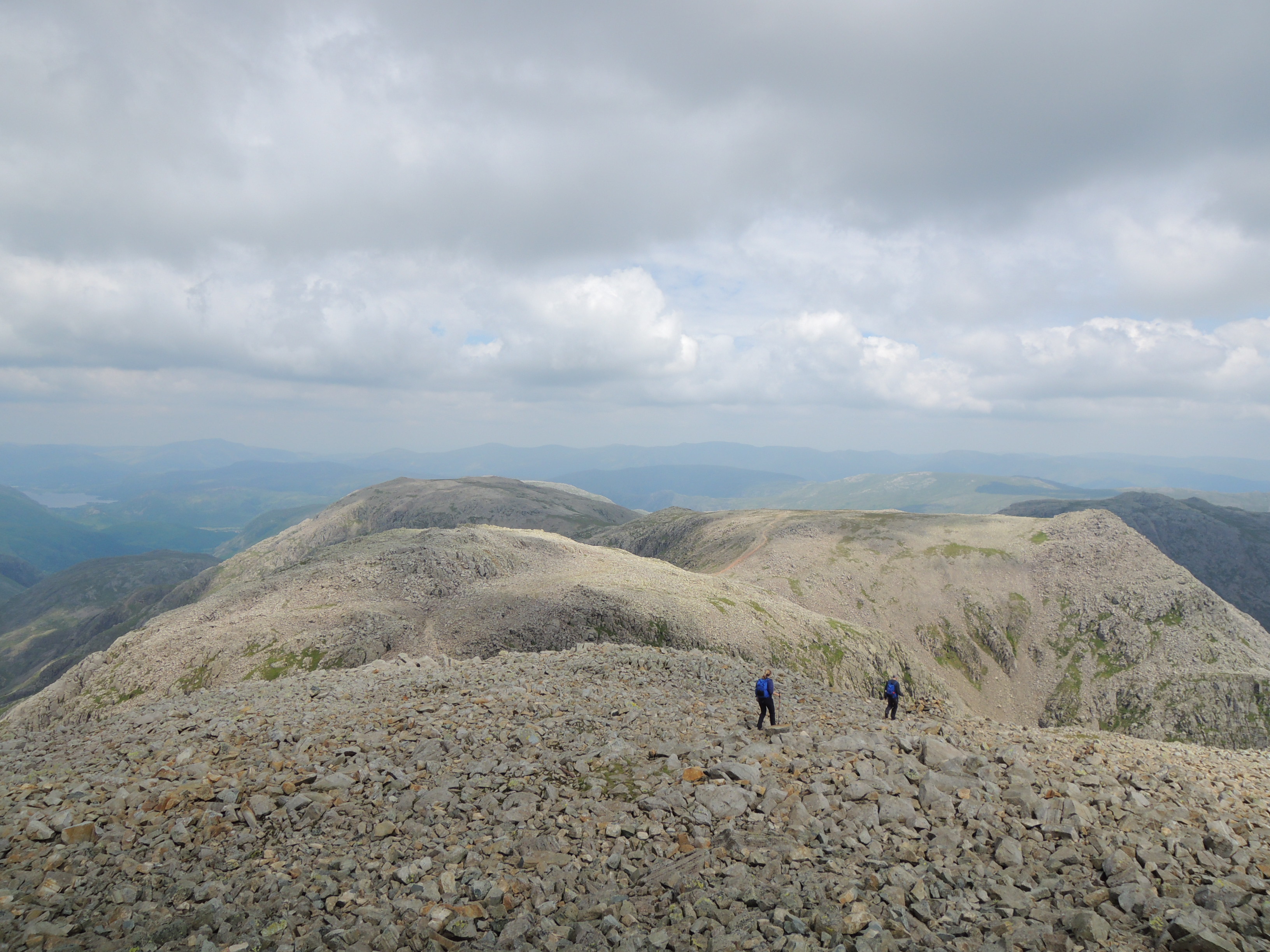 Great products come from great stories and it was impossible to not be inspired by this little seen landscape of the Lake District. The Scafell Sofa is our interpretation of this, bringing a little piece of England to the commercial landscape. Not many will experience this part of the world, but we hope the story will bring inspiration and vision to those that require it. In the end it was a great day out and one which we will not forget despite the challenge. In a way we think that this ‘summit to sit on’ is a great metaphor for an object, reminding us of the outdoors, bringing people together and helping to nurture new ideas and great storylines.

The idea may be an abstract vision of what we experienced, softer both visually and physically but it is a reminder of our shared experiences and a call to arms to help us achieve our goals.